Practical Guide to Fp‑ts P6: The Do Notation 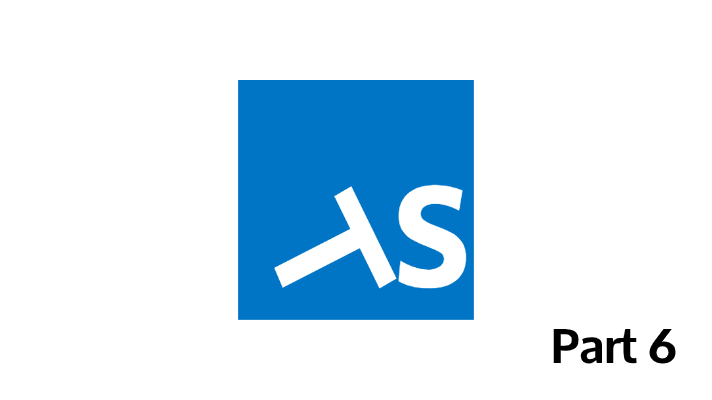 Welcome back to Part 6 of The Practical Guide to fp-ts. So far I've covered the basics of functional programming and fp concepts. Now I will shift to more advanced topics.

In this post, I will formally introduce what a monad is and how we can use the Do Notation to simplify writing monadic code.

By now, you may have noticed I haven't said the term monad once in this entire series. This was intentional. The term monad creates a lot of confusion for newcomers to functional programming because there are many interpretations for what a monad is.

But even though I haven't said the term monad, you've been using monads throughout this entire series. Option is a monad. Either is a monad. Task is a monad.

So what is a monad?

A monad is any type that has the following instance methods:

In addition it the implementation of these methods must satisfy the following monadic laws:

A common belief about monads is that they are containers. Some might refer to them as "ships in a bottle". Even though there exist some monads that would satisfy the definition of a container, not all monads are containers.

When we look at the Option monad, its clear that it operates as a container over a nullable type. Its either Some(x) or None. Just like how Either is either Left or Right over some value x.

Can we create a type that satisfies monadic properties but isn't a container? Yes we can. Just change the all the option methods to return None.

Now our new "Option" is clearly not a container but it is still a monad. So it is not enough to describe monads as containers.

Instead, I will implore you with @YuriyBogomolov definition of a monad.

The most common hurdle people run into when using monads is maintaining variable scope when using the chain operator.

Lets build up an example to demonstrate this.

In order to call fc we need to have access to the return values of fa and fb. If we want to normally chain these set of function calls, we would need to nest our chain calls to keep previous variables in scope.

This is in contrast to what we would normally write, which looks like this:

So how can we achieve something that looks similar to the above? We can use the Do notation!

The Do notation is similar to sequenceT and sequenceS in the sense that you need to provide it an instance. The difference is, sequences require the instance to be of the Apply type ( ap + map) while Do requires a Monad type ( ap + map + chain + of).

So lets look at the same code but using the Do notation instead.1

What Do does here is, it lets you keep the bind the result of each task to a context variable. The first parameter in bind is the name of the variable. The second is the value.

You may also notice there are two variants of bind: bind and bindL. The L suffix stands for lazy. In this example, we don't directly provide a Task to bindL, we provide a function where the parameter is the context and the return value is a Task.

And at the very end of the Do notation we add a return call. In the previous example, we went from fa -> fb -> fc to form the Task<"C">. With the Do notation we need to specify what we want to return because just binding variables leaves us in an undefined state.

You can also view this from the imperative lens, where fa, fb, and fc are synchronous functions rather than monads.

If we wanted to introduce a side effect, say console.log, its easy in the imperative world.

With Do notation we can do the same with a do invocation.

Do is different from bind in the sense that it doesn't take a name as its first argument. This means it won't be added to the context.

If you want a more in-depth post about the Do notation, check our Paul Gray's post where he covers all the Do methods.

The Built-In Do Notation 🔗

One of the problems with the Do notation from the fp-ts-contrib package is its inflexibility. Every bind must be a monad representing the instance passed in. This means we can't switch categories from say Task to TaskEither. In our example, we are limited to Task because we used Do(T.task).

If we were to introduce a 4th function that returns a TaskEither, we would need to replace our instance with taskEither and lift each Task into TaskEither, which is not ideal because it becomes more verbose.

Instead, fp-ts has its own notation for binding where we can switch between different monads with ease.2

You can see that the advantage of this approach is the ease of switching between different categories of monads. Hence, I strongly recommend you use this notation over the Do notation from the fp-ts-contrib package.

The Do notation is a powerful way of writing monadic code that makes it easy to chain functions while at the same time maintaining variable scope. Its inspired by the Haskell Do notation and Scala's for-yield notation.

In Typescript, we can use the Do notation from the fp-ts-contrib package or the built in bind methods. But there's another notation thats being discussed on the fp-ts Github. It proposes using function generators and along with yield syntax to make monadic code look imperative. Its an interesting approach and definitely worth investigating further.